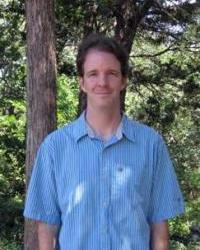 I am primarily a behavioral ecologist and the majority of my research boils down to how do individuals assess and react to their environments. I am interested how individuals should gather and use information to estimate the current state of their environment and respond with flexible behavior or morphology. My work started with questions about how females when selecting a mate should optimally gather information about potential mates. I did my PhD at the University of California at Davis with Dr. Marc Mangel. For my PhD work, I used a Bayesian framework to think about how individuals should use imperfect information when making a decision, and I studied how female threespine sticklebacks in Alaska assess males before choosing a mate.

During my post-doc years, I changed my focus to studying how prey respond to varying predation risk, however the fundamental question remained how to optimally live in varying world when only imperfect information is available. I was a post-doc at Yale University and worked with Dr. Oswald Schmitz to investigate how flexible prey behavior affects predator and prey population dynamics. I was then a post-doc at the National Center for Ecological Analysis and Synthesis (NCEAS) where I was a member of a working group exploring the rise of new statistical approaches for studying ecology. After a one-year stint teaching ecology at the Kellogg Biological Station, I started a post-doc (and eventually a research scientist position) with Dr. Andy Sih at the University of California at Davis. Andy and I have worked on several collaborations, but the primary work that I did as a post-doc was developing theory and doing experiments to investigate the dynamics of how the spatial distributions prey and predators are shaped by this interaction of prey and predator behaviors.

Since I began my faculty position at Oklahoma State University in 2008, with graduate and undergraduate students I have continued to investigate how information and the lack of information shape the behaviors of individuals and the dynamics of systems. Studies have included the effects of contaminants on behavior and life history decisions in tadpoles and snails, how male signals and female preferences affect speciation in katydids, and the diversity of color signals and their effects on conflict and mate choice in burying beetles.

Currently my lab is primarily focus on the behavior and morphology of a freshwater snail, Physa acuta. We are interested in how the snails respond behaviorally and morphological to the varying levels of predation risk primarily from crayfish. Part of our focus has been on presence of transgenerational effects, where a parent being exposed to predation risk affects the phenotypes of their subsequent offspring. We are currently investigating how those transgenerational effects differ between mothers and fathers and how those effects interact.

If you are interested in joining my lab, please send me an email.