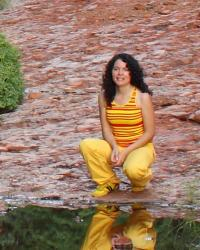 I have studied the effect of invasive species on native species, biological interactions such as competition, predation and parasitism, ecology of freshwater environments, and effects of habitat fragmentation on communities and populations in the rainforest. I primarily work with amphibians and reptiles, but I also study invertebrates and other groups of vertebrates. My research has integrated observational and experimental fieldwork across a variety of environments, and I have conducted laboratory experiments as well.