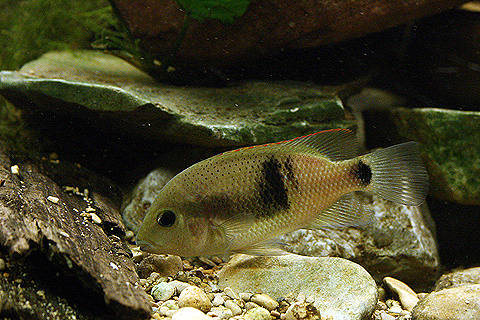 A collection of Oklahoma fishes was initiated at OSU by Dr. George A. Moore and his field class in 1932. Most material contributed to the collection of fishes in its early years was from class and survey collections of Moore and his students and spans from the mid 1930s to the mid 1960s. The research collections of Dr. Rudolph Miller (1962-1990) and Dr. Anthony A. Echelle (1980-present) and their students, coupled with extensive collections from Oklahoma streams donated by Jimmie Pigg, have brought ichthyological holdings to more than 30,000 catalogued lots. Specimens are primarily from Oklahoma (62%), but 45 states are represented, with an emphasis on the southern U.S. from Florida to California. Especially significant within the Collection of Fishes are the approximately 1800 lots of fish from the mountain streams of Nepal. This series, which is among the world's most extensive collections of Nepalese fishes, is based primarily on 172 collections taken by D. R. Edds over a 3 year period (1984 1986) from 85 sites from the Himalayan Mountains to the Gangetic Plain, and includes several holotypes. The Collection of Fishes is curated by Dr. Anthony A. Echelle.

Collection of Amphibians and Reptiles
Current holdings include ca. 5,700 catalogued specimens of reptiles and 7,500 catalogued specimens of amphibians. OSU COV houses among the largest collections of the Oklahoma salamander (Eurycea tynerensis) and the grotto salamander (Typhlotriton spelaeus). Holdings for the most common species of Oklahoma amphibians and reptiles represent a continuous temporal sample over the last 60-70 years. There also is a sizeable collection of Chilean lizards, including 17 species of Liolaemus, with a substantial series (12-45 each) of 8 species of the central valley and including paratypes of L. puritamensis, a newly described species from Chile in 1989. The Collection of Amphibians and Reptiles is curated by Dr. Stanley F. Fox.

Collection of Birds
Almost all of the approximately 2,500 catalogued bird skins are from Oklahoma but there also are 129 specimens dating from the 1960s and collected from Mindanao Island of the Philippines. OSU COV–Birds also contains ca. 300 clutches of eggs dating from the 1880s to the 1910s. Most specimens were collected in Texas, but 23 other U.S. states, 5 Canadian Provinces, and 9 other countries are represented. The Collection of Birds is curated by Dr. Craig A. Davis (NREM). 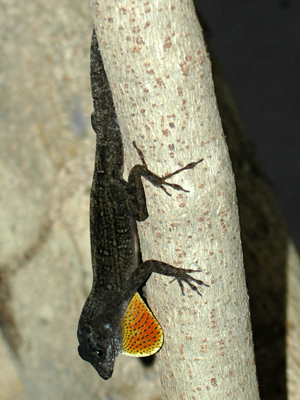 Collection of Mammals
OSU COV–Mammals has representatives of all but 3 small metatherian orders (Paucituberculata, Microbiotheria, Notoryctemorphia), a remarkable accomplishment for a collection of its size. The Collection has grown to include over 13,800 catalogued specimens from every county in Oklahoma, all 50 states of the U.S., and nearly 50 other countries on every major landmass except Antarctica. The majority of specimens are from North America (75%) with approximately 80% of North American specimens being from Oklahoma. Approximately 25% of holdings are from outside the U.S. Nearly half of that 25% is made up of the more than 1,200 specimens collected from the Harar region of Ethiopia during the 1960s by Brian P. Glass and Robert Ingersoll. Included among these are the holotype and paratypes for Crocidura glassi, an east African shrew. The Collection of Mammals is accredited by the American Society of Mammalogists and is curated by Dr. Karen McBee.