Research on chameleon life history by Kris Karsten and Dr. Stanley Fox is featured in a television documentary on Madagascar by BBC. Kris Karsten is a former graduate student in Fox’s lab and they discovered that a species of chameleon on Madagascar is annual and has the shortest lifespan of any land vertebrate in the world. Remarkably, it spends more of its short annual life cycle inside the egg than outside of it. 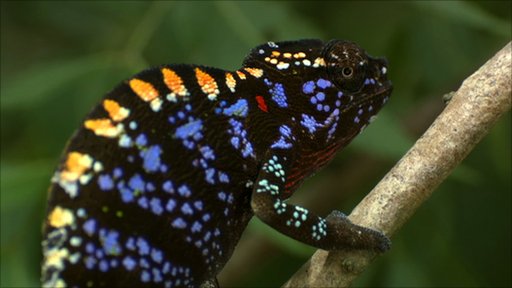